To Destroy that Which Created Me: A Becoming Quest, Part 5 - The Final Three Quests

Scene 7: The Door Before the Master

Set up: The Hero finds the entrance to his former master's inner sanctum. The presence of the power makes the Hero pause.

Elements
Mocking door handle
Immense aura of magic
"Can you really do this?"
Unstained appearance
The doors creak open

Threat (8 dice)
Is the Hero prepared to face his former master? Does he have a hope to win? Does he have the courage to do what needs to be done?

Scene 8: Battle Between the Teacher and the Student

Set up: Now within the inner sanctum of the dark mage, the hero can afford no hesitation  The duel can have only one victor.

Threat (8 dice)
How far will the Hero push his magic? Will he cross the line into darker forces? Can he overcome his master's magic?

Set up: Bloodied and beaten, the master begs his former apprentice to listen once more.

Elements
All is not what it seems
"Beware the knights, our true enemies."
Exhaustion all around
Tears from the mages eyes
A confession

Threat (8 dice)
Does the hero believe his master? Will the Hero slay his mentor? Or offer him a chance for redemption? Who is the true evil?

To Destroy that Which Created Me: A Becoming Quest, Part 4 - The Middle Three Quests

Set up: The hero approaches the mystic tower in the south. Crawling with dark servents and powerful wards.

Elements
Shuffling minions
Dancing wards
"Are you certain about going in there?"
"Is there another way."
Tears

Threat (6 dice)
Can the hero really hope to overcome the power of the one who taught him? Now that the master is willing to break the laws of magic?

Set up: The hero must gain entry to the tower. As he prepares to, the tower comes under seige by warriors calling themselves, knights of dead magic.

Threat (6 dice)
Can the Hero break into the tower? Can these knights help overcome the forbidden magic?

Set up: The hero manages to get into the tower. However so did the Knights, and they paint you with the same guilt of your former master.

Elements
Violent Knight
"The only good mage is a dead one."
Servents watch for their master
Battle of morals
"Your master will soon join you mage."

Threat (6 dice)
Can the hero defeat these knights without uding forbidden magic? Will the Hero have enough strength left to face the fallen master? Why are unenlightened such fools?

To Destroy that Which Created Me: A Becoming Quest, Part 3 - The First Three Quests

Set up: A Messenger arrives telling you that your master has become corrupt and evil. The village of Harwan needs you before he returns.


Threat (4 dice)
Can the hero believe this terrible news? Can he bring himself to confront the person that taught them everything?

Set up: When the hero arrives the town of his/her
Mentor under siege by magical monstrosities.


Threat ( 4 dice)
Can the hero defeat the monsters quickly without drawing on darker forces? How many will die to this dark magic? What cost will it take to end such blood shed?

Scene 3: Those that Fear

Set up: Seeing the forces of magic misused the townsfolk are now wary of you and you presence. But you must find where you former master has gone.


Elements
"No magic can be trusted is the hands of mortals"
Maimed mayor, Hark
Looking for someone to blame
A new tower in the south
Revenge


Threat (4 dice)
Can the hero find out where his former master now resides? Can he convince the town folk that not all magi are evil? Will they get violent?

To Destroy that Which Created Me: A Becoming Quest, Part 2 - The Fates

Special Ability:  When a hero refuses your offer as a tempter and uses two or more strengths with more positive then negative traits, add a negative trait to one strength used of your choice.

Think about:  You represent magic used for selfish reasons, and that which the user doesn't care about the consequences.  How can a spell be twisted into a darker use?  How can mages feel superior with the use of magic?  Does it corrupt the soul?  It is easy for a mage to cross the line to use magic to harm or personal gain.

Special Ability:  When your are the agent of threat select one ally and put a die on it.  When that ally supports the hero add the die.  If that die shows a one or two the ally is subverted.

Think about:  No one ever truly trusts a mage.  Especially after they have seen an evil one at work.  How can anyone be trusted with such power?  How can a mage trust those that wish magic didn't exist?  Sometimes surrounded by the unnatural so often can a mage trust what is real?  Or who is right?

Special Ability:  When a virtue is subverted by any other fate add a negative trait to one asset with less negative then positive traits.

Think about:  You represent the force that makes it hard for people to like themselves or to look back on the past.  Was the power worth the pain you have felt?  Can you really justify the harm you have done?  Or those that have lost because they trusted you?  Regret is a powerful force that eats a person from the inside.

To Destroy that Which Created Me: A Becoming Quest, Part 1 - Hero


The hero was a mage apprentice to a wizard that has gone mad.  He is called to put a stop to his former masters evil.

Good will be triumphant.
I can trust in magic
There is still hope for my old master
The people are depending on me
I am swayed by my heart, not by your words
I will not fall into corruption

What drove your master mad?  Can you really stop him?  If not what will happen to the innocent?
Posted by Oniwolf at 19:05 No comments: 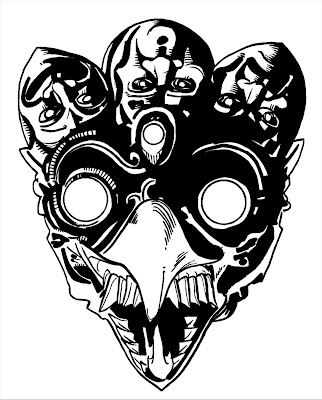 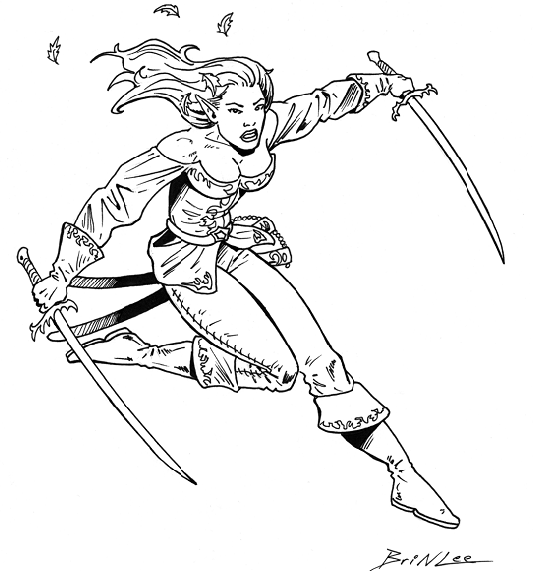 Lady Tali Severance is the guardian of Alenter Forest.  She is wary of the sudden change in her world and isn't sure what to do.

Dexterous strike: Spend a fate point to substitute Athletics for fight if attacking with a sword.

Question to the Fate Community

So I know I have been gone a while, and my wife and I are working on something new involving fate.  (I will let her tell everyone about that later.)  But I must ask, is there anyone one out there that wanted to see Tournament Magi or Two worlds settings here continued at all?

Well thanks for a moment of your time.
Posted by Oniwolf at 19:12 No comments:

So new fate based contest, theme is as follows

The rules
1. The creation must have stats to Fate Core or Fate accelerated.

3. All submissions must be sent to oniwolf2000@gmail.com.

Once the entries are in by the deadline, assuming I get more then one, I will set up a one week voting poll. All submissions will be view able, but creators will be kept secret until the voting period is over.

The winner of this friendly contest will get a $10 gift certificate for drivethrurpg.com.

Note: if you have worked on any published work or a blog, you may include a link and I will put it under your name on the finished document at the end of the contest.


Update:  Entries are in.  View them here.  Remember to vote in the comments.  Voting lasts until the 8th of August.
Posted by Oniwolf at 20:00 5 comments:

So after a long Hiatus I have returned.  I been busy, between family, friends, work and important decisions.  I plan to speak much more on grand news very soon.
Posted by Oniwolf at 11:50 No comments: